Finally out through an awesome label, in a super limited edition, on the format we've always envisioned this piece to published.

A tiny disclaimer - mother spit is Angel S. (Mytrip) and Martin L. (gokkun). It's a collab that has existed only live. Our music is somewhere between drone, ambient and noise. We create in a total decline of any other communication means, but the sound itself, which is developing on its own as much as its manually shaped. We basically played one live per year from 2009 until 2011. We're still trying to find all recordings from those shows, hopefully they're not forever lost. We almost got re-united in 2013, but eventually it didn't happen.

A lot of love for the boutique UK label Aetheric Records who have decided to put out our debut as an extremely limited run of 3” CDr's and of course as a Digital Download. The awesome Stephen Cammack was also kind enough to do a short write up on what's in 'carve'. 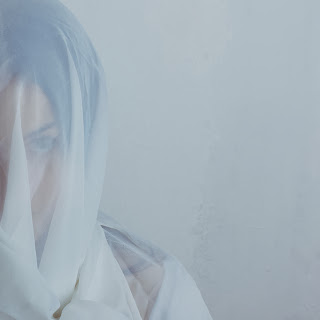 In a world of grey.
In the surround of abandonment.
The offer to crawl from the scorched earth.
And drown in the freezing pool of mother spit.
A post apocalyptic feel, very Eastern European - the escaping gas swirling around only inches above the earth...
~ Stephen Cammack (SoundArt Radio, Dieter Müh)


Looking so much for the moment when me and Martin L. will be playing live again. In the meanwhile enjoy 'carve', send us some feedback, and maybe at some point we'll confess that we do have one more piece waiting somewhere unedited to be set free one day. Hmm... as I said, until then... 'carve'.
Публикувано от angel s. в 13:05 ч. Няма коментари: